Get to know the International ITP Alliance! We’re spotlighting a few of the Alliance’s member organizations and leaders, who work tirelessly to raise #ITPawareness and advocate for the global ITP community. 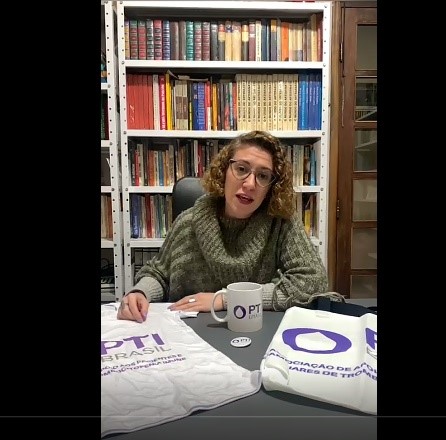 Marilia Lia is the founder and president of PTI Brasil, a support association for patients and families with immune thrombocytopenia (ITP) in Brazil.

To recognize ITP Awareness Month this year, PTI Brasil launched the “I am more than purple” campaign and took to social media to spread information about ITP. Marilia also facilitated discussions with physicians, including an obstetrician who specializes in high-risk pregnancies, a dermatologist specializing in autoimmune diseases, a hematologist discussing eltrombopague (Revolade/Promacta), and a specialist in healthcare law for rare and disabled patients. These discussions were livestreamed, and you can find the recordings HERE.

To close ITP Awareness Month and celebrate Global ITP Awareness Week, September 26-30, PTI Brasil hosted a virtual national meeting of ITP patients, an important opportunity for patients from across the country to meet and connect with each other. They also officially opened the PTI Brasil store, which sells unique ITP awareness items to benefit PTI Brasil’s advocacy initiatives.

PTI Brasil is also a beneficiary of the “Abraço Mágico” project, a line of craft beer labels developed by a father of a child with ITP who recently passed away. This project emphasizes raising awareness about ITP and helps fund PTI Brasil’s work to support and empower the ITP community in Brazil.

PTI Brasil is a leading advocate for ITP patients and works tirelessly to pursue healthcare reform in Brazil and ensure ITP patients have access to quality care. 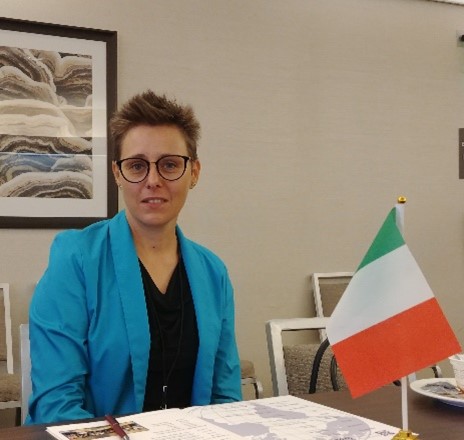 Diagnosed with ITP when she was 4, Barbara Lovrencic is the current president of Associazione Italiana Porpora Immune Trombocitopenica (AIPIT), a non-profit organization for ITP patients and caregivers, and the only organization for ITP patients in Italy. AIPIT was founded in 2010 by 15 members, and its scientific community is made up of ITP specialists for adults and children from across the country.

2022 was an exciting year for AIPIT! Earlier this year, AIPIT launched its TRAPeze study in Italy to gather data on patients’ experience with thrombopoietin receptor agonists (TPO-RAs). Results from the survey will be presented at a conference hosted by ISPOR, the professional society for health economics and outcomes research.

In partnership with Brera Art Academy and Amgen, AIPIT participated in “The Face of ITP” campaign, where artists created pieces that represent ITP and give visual expression to live with the disease. The artwork was displayed in hospitals and made patients feel more welcomed and seen, ITP physicians feel valued, and helped raise awareness for health care providers who aren’t familiar with ITP.

Over the summer, AIPIT launched ITP-Chat, an online support group program to connect patients across Italy. Each meeting will address specific issues related to ITP, and their first meeting featured a hematologist as a guest speaker. 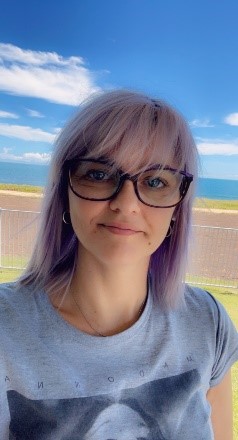 Danielle Boyle is an ITP patient, as well as the founder and CEO of ITP Australia. Diagnosed in 2015, Danielle struggled to find a treatment option that stabilized her platelet count and had minimal side effects. For 3 years, Danielle managed fluctuating platelet counts but with few issues or symptoms; then in 2018, her low platelet count began causing more symptoms and she ultimately agreed to a splenectomy, which she called her “last resort.”

The splenectomy went well, but Danielle was soon hospitalized again because she had developed a blood clot, or Portal Vein Thrombosis (PVT). After being discharged, Danielle worked to rebuild her strength and health, and was even able to travel to the United Kingdom for her daughter’s wedding. You can read her full story HERE.

For Danielle, what drives her to lead ITP Australia is knowing she’s helping others and making sure other ITP patients know they are not alone. ITP Australia advocates for ITP patients across the country and Danielle has successfully pushed for significant changes to patients’ ability to access TPO-Ras in Australia. 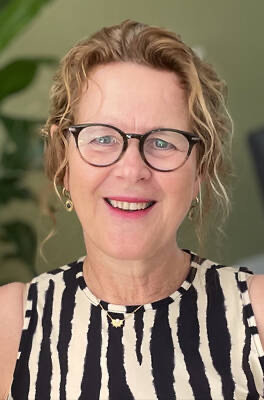 Founded in 2003, ITP Patiëntenvereniging Nederland (Dutch ITP Patient Association) is currently led by Duo Chairs Mieke Budel and Ineke Steetskamp. Mieke immediately joined ITP Patiëntenvereniging Nederland after her diagnosis in 2008. She first turned to prednisone to treat her ITP but tapered off because it failed to raise her platelet count. She managed her ITP without medication for years, until her platelet count dropped below a manageable level for her, and she began experiencing more symptoms. In 2014, Mieke began treatment with romiplostim and continues to use this therapy to manage her ITP.

Mieke values the community ITP Patiëntenvereniging Nederland provides and appreciates being able to meet and connect with other ITP patients across the country and around the world. She struggles with fatigue and brain fog because of her ITP but working for ITP Patiëntenvereniging Nederland gives her a lot of energy, and she believes it’s important for ITP patients to know when to rest, but to also “focus on things that give energy.” 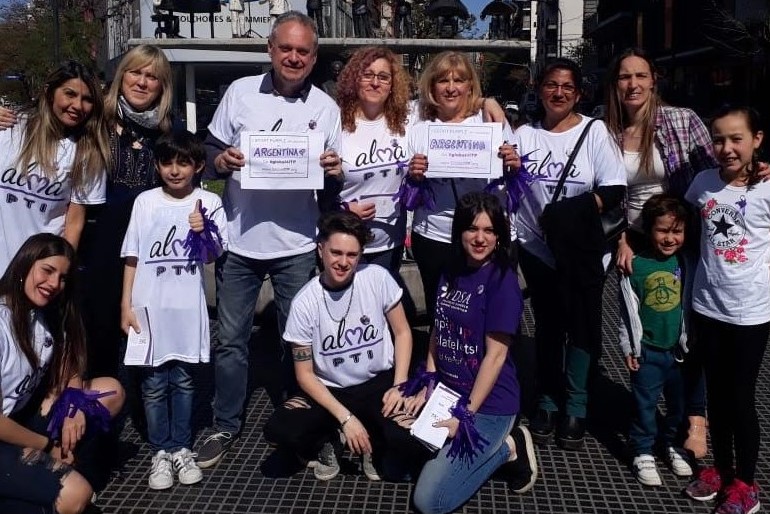 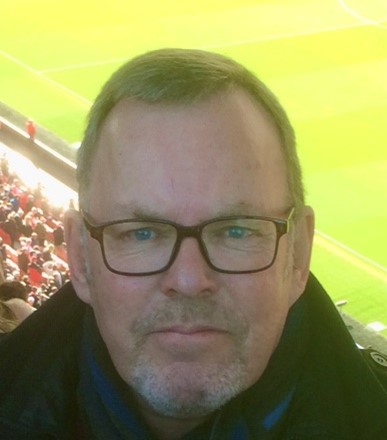 Mervyn Morgan is the CEO of the ITP Support Association, which serves ITP patients in the United Kingdom. Over the past year, the ITP Support Association has been hard at work with several education and advocacy initiatives. They launched the ITP Discussion Guide to highlight patient care goals, needs, and preferences, and over 260 individuals have participated in their ITP Patient Perception Survey, which helps guide the association’s work and efforts to create better outcomes for ITP patients.

To celebrate ITP Awareness Month 2022, the ITP Support Association released a special edition of the Platelet Journal, featuring patient stories, Global ITP Awareness Week events, and reports on the work of the association. 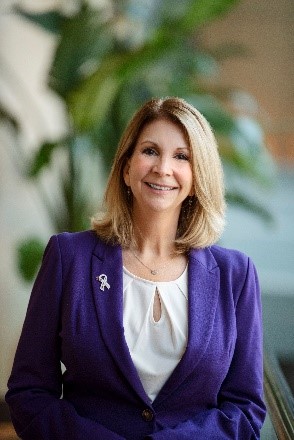 Caroline Kruse is President and CEO of the Platelet Disorder Support Association (PDSA), the global leader in empowering patients with ITP. An ITP patient herself, Caroline brings a personal perspective to PDSA and works tirelessly on behalf of the patient community by spearheading the organization’s education, advocacy, research, and support initiatives. In 2016, Caroline co-founded the International ITP Alliance, which has expanded to 32 patient associations in 27 countries.

It’s been an exciting year for PDSA! After two years of meeting virtually, we hosted our annual ITP Conference in-person in Seattle, Washington. Our support group program now includes over 60 groups in 32 US states and 3 countries (US, Canada, and New Zealand), and several groups have returned to in-person meetings this year. Plus, our Pump It Up For Platelets! walk/run events kicked off this month, already raising over $130,000 for PDSA research and programs!